Rita Henley Jensen, president of our Board of Directors, recently received a Management Achievement Award from Habitat magazine. The profile, which appeared in Habitat, vol. 20, no. 173 (November 2001), is reprinted here with permission. 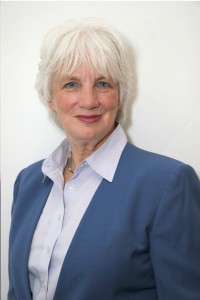 In 1992, Nagle Apartments, a 111-unit co-op near The Cloisters in Upper Manhattan, was in dire financial straits. The sponsor held the mortgage to the 49-year-old building—and it came due that year. The provisions of the offering plan required that the co-op pay an exorbitant interest rate if it failed to refinance. However, the sponsor had sold many apartments to investors who had defaulted. Maintenance payments were stopping and less than a third of the units were owner-occupied. The sponsor was often three months behind in maintenance payments and the co-op had no reserve fund.

Moreover, the roof leaked ferociously. Pigeons nestled in at least one apartment. The garage operator held a below-market, 20-year lease, and the garage’s upper deck was badly in need of repair. The real estate market had collapsed and two-bedroom units, which had sold for $80,000, were worthless, partly because no bank would finance mortgages for potential buyers.

Rita Henley Jensen bought her apartment in 1987 and in 1989 she joined the board. In 1991, she became president. Step by step, using an extraordinary amount of legal and political savvy, along with fact-finding, tenacity, and fortitude (she defended herself on a civil contempt of court charge brought by a court-appointed receiver), she managed to turn the co-op around, bringing it back from the brink of bankruptcy to success.

The settlement Jensen achieved was extraordinary: $100,000 cash from the sponsor, $100,000 off the face value of the mortgage, and a new ten-year mortgage that would allow the co-op to pre-pay at the rate of $25,000 per year and eventually, after seven years, be allowed to find other financing and pre-pay the entire amount. In addition, the sponsor was allowed to sell nine of his apartments to another investor; that investor has to sell them within five years to an owner-occupant.

In 2001, the co-op is 74 percent owner-occupied with sale prices for two-bedrooms at over $100,000. The roof and the garage have been repaired, a new playground has been installed, and the reserves have grown to $80,000. The co-op is in the process of awarding a new 10-year lease for the garage that will capture revenue three times the current rent.

Jensen is matter-of-fact about why she took on this daunting task: “I work hard for my money. My apartment was a huge investment, and there was no way I was going to lose that money. On the other hand, nobody ever asked me to run anything before. And therefore I was thrust into this leadership position with no experience. It was with my gut.

“So many people worked together,” she adds. “I was given the leadership role but other people really pitched in. We all worked together and saved our investment. We created a building where we really wanted to live. This was really about community and autonomy.”